Stephen is a Barrister and is based at our Spennymoor Office.

Stephen was then called to the Bar of England & Wales at Grays Inn in March 2019.

Stephen has previously appeared before the Court of Appeal Criminal Division. When dealing with one particular appeal he received praise from a bench including the Lord Chief Justice of England & Wales for his written grounds of appeal and his advocacy skills on behalf of his client.

Stephen has been praised by clients for his reassuring and empathetic nature when acting for them and their cases.

Stephen frequently represents both claimants and defendants in issues allocated to the Small Claims Track, the Fast Track and the Multi-Track.

Stephen is also instructed in matters that require delicate mediation to ensure that a desirable settlement is reached for his client be they claimant or defendant, where possible.

Stephen has been instructed to represent claimants or defendants in neighbour disputes arising from either boundary disputes or infringements by others amounting to harassment.

Stephen acts for both Claimants and Respondents at the Employment Tribunal. He also provides advice to Employers to assist in the resolution of internal disputes. Stephen has acted in cases from wrongful dismissal to unfair dismissal (unfair or otherwise). Stephen has also acted in matters involving discrimination and claims arising out of protected disclosures (also known as “whistle-blowing”).

Insurance companies have often been persuaded by their insured to instruct Stephen directly to represent them in their employment claims.

Stephen is also a formidable negotiator when acting for his clients during Settlement Agreement processes.

Stephen has represented clients from the police all the way to the Court of Appeal of England & Wales.

Prior to becoming an advocate himself, Stephen has litigated as a Solicitor on a wide variety of Crown Court matters (see notable cases).

Since obtaining Higher Rights of Audience, Stephen regularly represents clients before the Crown Court and at the Court Martial.

He is also an experienced advocate in the Magistrates Court and the Youth Court. Stephen has previously received praise from a District Judge (after the acquittal of his client) in his handling of multiple child witnesses (as young as 4 years old) during a complex assault trial.

Stephen has also received praise from a Circuit Judge for his advocacy and handling of vulnerable witnesses during a Sexual Assault trial at the Court Martial.

Stephen has appeared on multiple occasions at the Court of Appeal Criminal Division.

Stephen is also a member of the Duty Scheme for South Durham & Darlington.

R v W Court of Appeal case involving an appeal against sentence for possession of a firearm with intent to cause fear.

R v B Successfully negotiated at the Crown Court, a plea of assault and theft in substitute of more serious offence of robbery resulting in the immediate release of the defendant.

R v B Successfully argued for a Suspended Sentence at the Crown Court in a case of extreme dangerous driving that included a police chase.

R v S Case involving a mother charged with assault of her infant child. Case involved cross-examination of all children (aged 4 to 10). Defendant acquitted after a two-day trial.

R v D Despite pleading guilty to a Fraud Conspiracy, successfully argued for retention of a Lance Corporal at the Court Martial.

R v H Primary litigator in a murder case involving a youth defendant. Defendant admitted manslaughter after a hung-jury on the murder count.

R v M Primary litigator in a cross-country drugs conspiracy. Successful submission of no case to answer resulted in the case being dismissed against the defendant after 8 weeks of evidence.

R v C Primary litigator in a case of rape involving a defendant after a one-night stand. Case involved extensive disclosure requests (1000s of pages of telephone and social media evidence) by the defence for evidence the Crown themselves had overlooked that assisted the defence case. Defendant acquitted after a week-long trial.

P v D Favourable settlement of a case for a claimant injured at work and suffered extensive damage to his non-dominant hand.

K v C Favourable settlement of a case for a claimant injured at work after suffering loss of finger tips arising from negligence of the employer.

B v C Secured settlement to ensure the cessation of harassing behaviour of one neighbour towards claimant.

B v T Favourable settlement for claimant in a case that alleged negligence by a holiday provider amounting to personal injury.

S v N Early admission of liability secured from defendant and resulted in a substantial award to claimant for an offence of wrongful arrest and unlawful detention.

R v D Favourable settlement for an employee of a Constabulary. Claimant also secured a reference from his former employer as part of settlement.

C v B Favourable settlement agreement reached after hard-fought negotiations with offeror of agreement. Claimant received a settlement of a large proportion of what the maximum award would have been at the Tribunal. 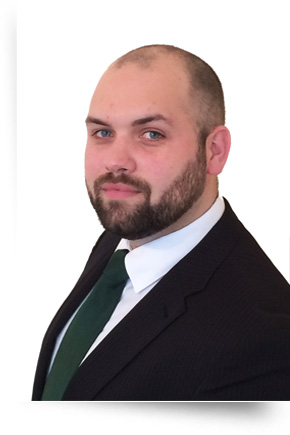